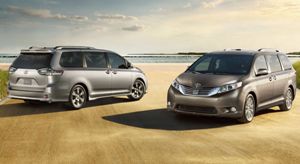 If you’ve been driving the family around for a while now, chances are you’ve felt like a professional chauffeur from time to time. Hauling everyone where they need to go doesn’t have to be a humdrum trip, though, and Toyota knows it.

At our Toyota dealership in Morristown, drivers are finding that the space and comfort their families need doesn’t have to come at the expense of a comfortable ride behind the wheel. The 2014 Toyota Sienna is engineered to bring family drivers the best of both worlds.

Inside, the 2014 Sienna can cater to the needs of various families. Depending on trim level, you’ll find seating in everything from easy-clean fabric to perforated leather. Second row captain’s chairs allow for seating up to seven passengers, while the second row bench seat ups the capacity to eight. Splits in the second row and the 60/40 Split & Stow third row make it easy to adapt the space based on your needs.

Athletic Performance Puts the 2014 Sienna Ahead of the Pack 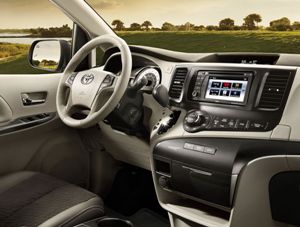 More exciting, though, is the outstanding performance that the 2014 Toyota Sienna brings Morristown drivers. It all starts with a 3.5L V6 DOHC engine under the hood, which turns out an exhilarating 266 horsepower and 245 lb-ft of torque for a lively ride.

Even with this impressive performance, every 2014 Sienna is rated as an Ultra Low Emission Vehicle II. For drivers, this translates to outstanding fuel economy: EPA estimates of 25 mpg on the highway for front-wheel drive models and 23 highway mpg for all-wheel drive models.

If you’re after the space your family needs and the spirited performance and handling you crave, the 2014 Sienna is where you’ll find it. For more information on this incredible model, be sure to call us directly at (800) 968-4141 or to visit us at Toyota of Morristown today!