NJ Toyota Dealership Breaks Out the Popcorn to Watch Some Movies

When one of your favorite actors has a new movie coming out, chances are that you recognize them after just a glimpse of the first trailer. If you don’t have a keen eye, though, you might not even spot your favorite trucks when they make their way onto the silver screen!

Back to the Future

The Toyota nameplate is a pretty noticeable component in everyone’s favorite time travel flick, considering “TOYOTA” is emblazoned in huge letters across the tailgate of Marty McFly’s dream truck. Marty spends some time fantasizing on taking the 4×4 up to the lake, only to later arrive in a future where the very same truck is parked in his garage. 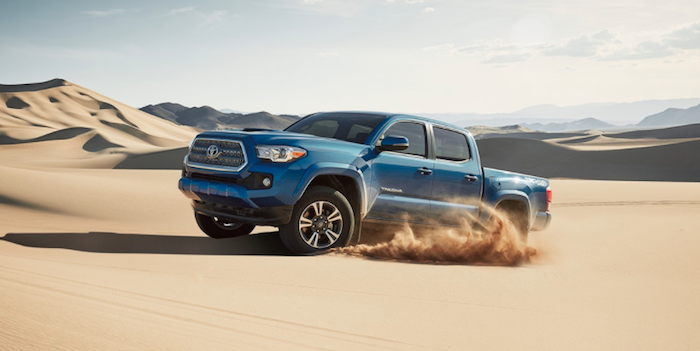 The 1985 Toyota SR5 4×4 is dressed to the nines, but what casual watchers might not realize is that “SR5” is just a trim level, used casually at the time to refer to the Toyota Hilux truck. The Hilux would later be rebranded in North America as the Tacoma, paving the way for the modern Toyota Tacoma here at our NJ dealership–which still sports the SR5 trim level. As long as you’re smart enough not to go racing the neighborhood hooligans, why not come in and take a test drive? Unless you’re chicken, that is!

Terminator 3: Rise of the Machines

In 2003, the third installment of the Terminator franchise hit theaters just as the Toyota Tundra was finding its footing as the automaker’s larger pickup offering. Thanks to the films iconic chase scene, featuring the first generation Tundra alongside a fire truck, plenty of fans got to see the pickup in action. 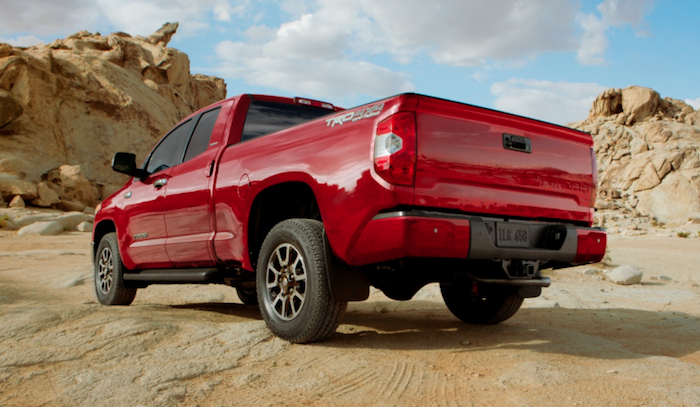 Toyota didn’t stop there, though. The first generation Tundra actually hit the streets of the real world with a special T3 edition, featuring the TRD performance package and unique badging. Less than 1,000 of the T3 Tundra were released in North America, but you can always opt for the bigger and badder second-generation Toyota Tundra here at our NJ dealership if you’re looking for a pickup that’s ready to brave snow, mud, and killer robots.

Whether it’s the Tacoma or the Tundra that’s got you starstruck, you can take a test drive with us and receive the star treatment! Don’t hesitate to give us a call at (973) 540-1111 or to contact Toyota of Morristown online today.